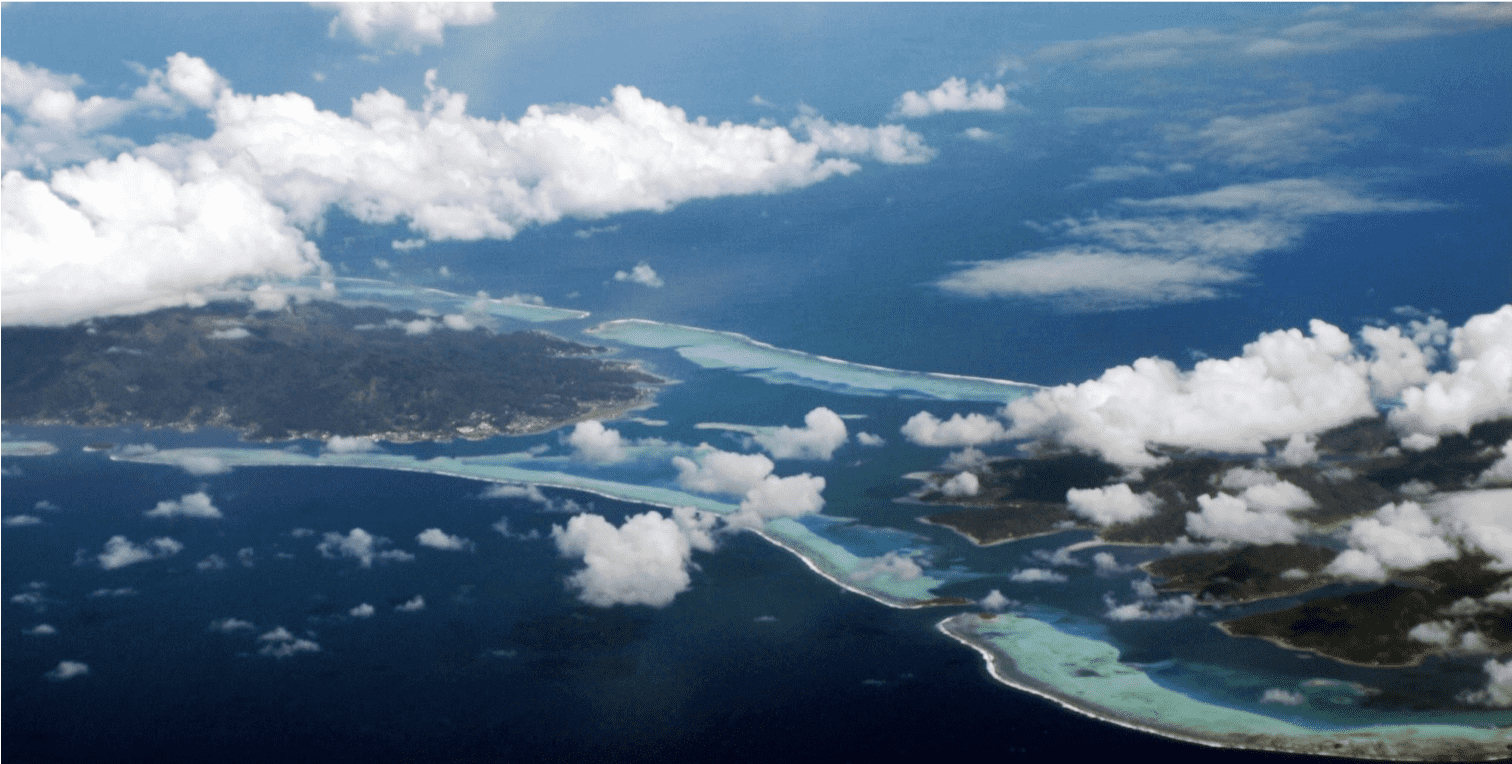 Raiatea, meaning “faraway heaven” and “sky with soft light,” was first named Havai’i as is considered the homeland of the ancient Polynesians. Recognized as the most sacred island in the region, the green-carpeted mountains rise to the cloud-capped peak of the celebrated Mt. Temehani.

When you visit Raiatea, you get a sense of something special. Beyond our modern life, Raiatea “The Sacred Island” has a history and traditions to share. You will discover The Marae TAPUTAPUATEA from where the expansion of Polynesians throughout the Pacific began. The marae was a place of learning and knowledge now preserved and classed as a UNESCO “World Heritage Center”. After offering blessings through sacred ceremonies and celebrations, outriggers with original settlers ventured north to Hawaii and west to New Zealand.

Raiatea is an incredible natural source of power with rare flora and fauna species. Mount Temehani shelters the tiare ‘apetahi a flower found nowhere else in the world. It has become the symbol for Raiatea. This half-circle white and delicate flower only blooms at dawn.

Raiatea also shelters the only navigable river in French Polynesia. Go on an unusual outrigger canoe ride in the heart of a dense tropical forest. Legend says that the river would have been the departure point of all Polynesian migrations to Hawaii and New Zealand.

Tahaa island is located inside the same barrier reef. Is a place where Time passes peacefully, “named vanilla island” her people enjoy their tranquil life. The flower-shaped island’s simple beauty comes in soft mountains, surrounded by tiny motu with bright, white-sand beaches. Vanilla-scented air wafts on breezes that flow down the hillsides from numerous vanilla farms, and these soft aromas ride the ocean breezes announcing the soul of the island long before you even see it on the horizon.

Those 2 islands are however much less known than her neighbors Bora Bora. Here you find calm restfulness, combined with rich cultural background.